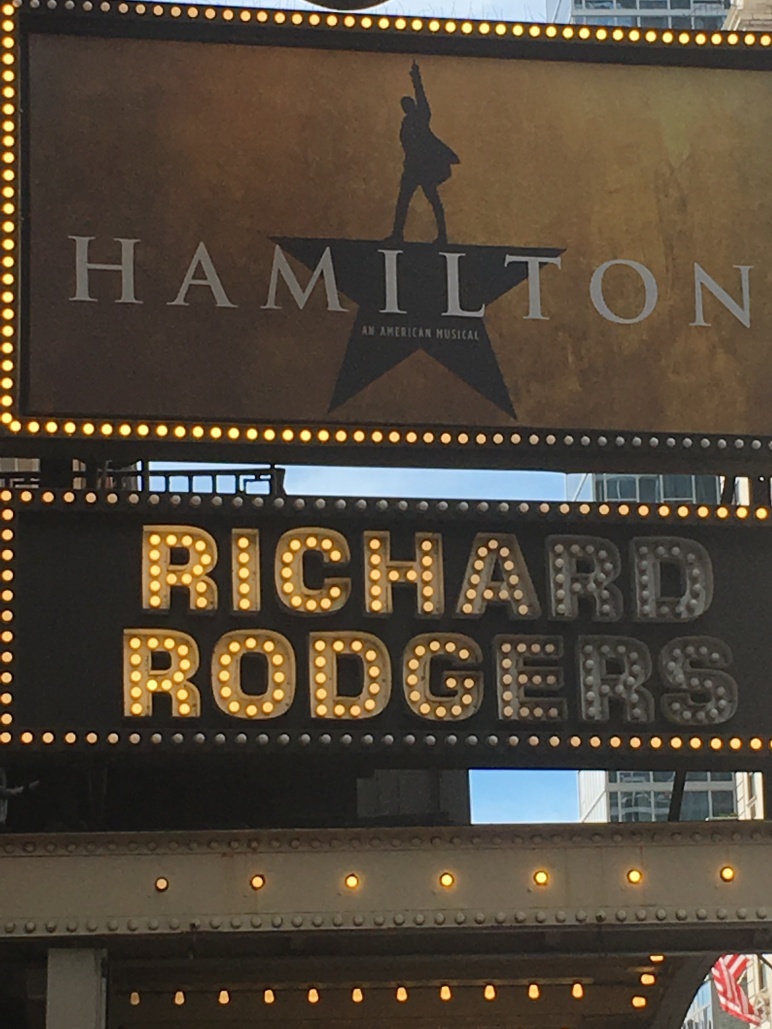 In April of 2017, I visited New York City to see the Broadway play that’s been taking the world by storm; “Hamilton.” This was not the first play that I’ve ever seen on Broadway, but this has been the only one to make an impact on me personally.

The play “Hamilton,” is about one of the lesser-known or thought about founding fathers of our country, Alexander Hamilton. He grew up on a small island called Nevis which is part of the British West Indies. Hamilton had a rough childhood; he grew up poor, his mother died of sickness, and his father left him. At a young age, he wrote his way out of the horror that surrounded him by writing his pain away.

He wrote in a local newspaper and people of his town took up a collection to send him to New York City so that he could start a new life. They saw his potential and wanted him to be better and do better for himself.

The rest was history.

Hamilton had many accomplishments such as being the first U.S. Treasury Secretary, founder of the U.S. Coast Guard, and founder of the New York Post. These are all institutions and things that we have and use in today’s society.

I won’t give any more insider spoilers away, but this is a play that everyone should see at least once in their lives. Even if you have to go by yourself or hop on a plane, it’s worth the money and the trip. 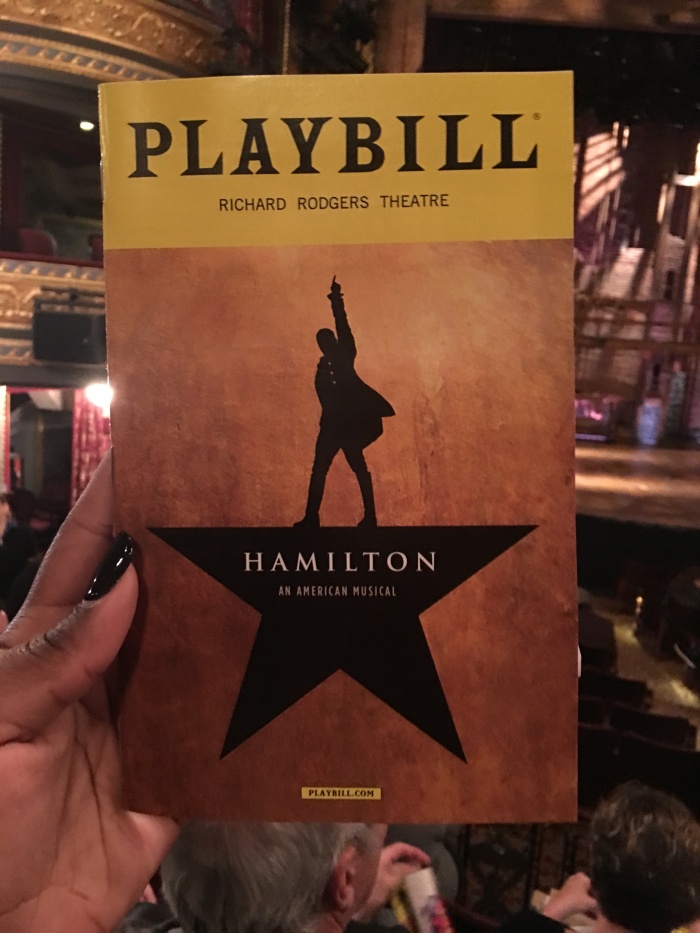 The original music will stick with you.

As I’m typing this, I’m remembering lyrics and what part of the show it applied to. Lyrics such as “I will never be satisfied” and “I wrote my way out…wrote everything down far as I can see.” These lyrics made an impression before you even realized you’re singing along to a song that’s covering major parts in history. The music is a perfect blend of hip-hop, r&b, jazz and everything in between. Before you know it, you’ll be singing and dancing to yourself in your seat, while trying to be inconspicuous about it.

You’ll wish you had this when you were in school.

I wish that I had a teacher as cool as Lin-Manuel Miranda, the creator of “Hamilton,” when I was in history class. Certain parts of history bored me but I knew that I had to pay attention and learn the basics. Lin-Manuel cracked the code on making history come to life before your very eyes and leave you wanting more. After the play, I was researching the very characters in his play as if they were fictional; yet they were real life people with the same emotions, thoughts, and feelings that we have today.

It’ll impact you more than you think.

I know for me, thinking about the life of Alexander Hamilton, how he grew up as an immigrant and came here with nothing motivated me. With his passion and drive for writing, his creative thoughts and ideas, he went down in history as an influential figure. The play also drove home for me that you can’t always wait for things to happen to you. You have to go out and take it and make your own path through life. It may not be as recognizable as Hamilton’s contributions were, but what can you do so that you’ll be able to live with yourself and sleep at night? What things can you do locally that can positively impact your community?

Why not book a trip to see what all the hype is about!? You’ll be sorry you waited so long to see it! 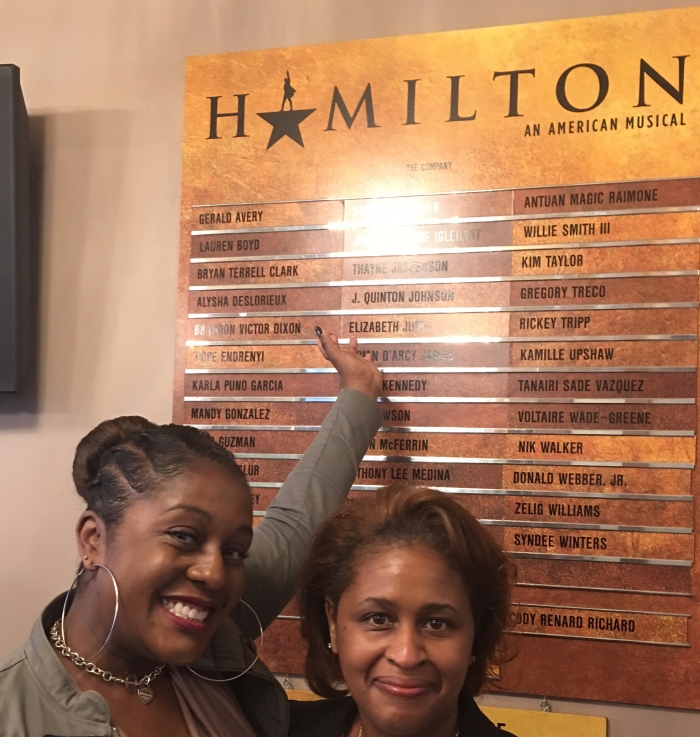 Raise a glass to freedom!

This area is reserved for future use.